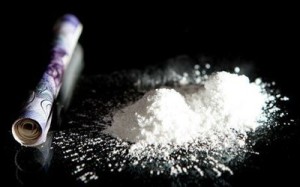 A cocaine addiction is very dangerous.

Cocaine addiction is a dangerous and deadly condition that affects thousands of people around the world.  Fortunately, although cocaine tends to be very psychologically addicting and does create chemical changes in the brain, the physical addiction to this drug is rather easily overcome and withdrawals from cocaine typically only last a few days or a week at most depending largely on the amount of cocaine that was typically used and the length of time that an individual was addicted to the drug.  Regardless, cocaine addiction is a condition that warrants immediate treatment at a rehab center or treatment facility that is specialized in treating this type of condition as well as any co-occurring problems that may arise with cocaine addiction itself.

Cocaine addiction develops rather rapidly and can affect the individual within the first couple of times that the drug is used.  It is said that crack addiction can begin as soon as the very first time that crack is used but this is not the case for every individual who uses crack.  Cocaine is typically purchased in either a powder form that is snorted or injected intravenously or it can be purchased in a hard, cooked form that is known as crack.  The latter is far more dangerous and addicting than powder cocaine itself.

Various types of treatment and rehabilitation exist for those suffering from cocaine addiction.  Cocaine addiction rehab centers provide treatment for both the physical and the psychological effects that cocaine has had on an individual’s overall demeanor.  Through medical detox, counseling, therapy and aftercare an individual who is addicted to cocaine can expect to get the right level of treatment and care to help them overcome this dangerous and deadly condition.  Cocaine addiction rehabs are most often outpatient programs but for those suffering from more severe or difficult to cope with addictions to cocaine there are also inpatient cocaine rehabs that provide constant medical care and s