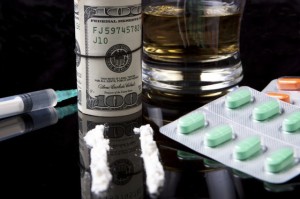 Drug addiction treatment can help you understand your addiction.

Drug addiction is a tolerance or dependence that forms when illegal street drugs or prescription medications are abused.  Initially, the addict may not even realize that they are addicted to drugs or if they do realize that they are addicted they may not be able to control their drug use despite the known consequences that result from the drug use.  Drug addiction causes intense cravings that make it difficult for the addict to say no or to maintain abstinence from drug use.

Many addicts suffer extreme, long term consequence as a result of drug addiction.  Physical and mental health problems are not uncommon for both those addicted to drugs and also for recovering addicts.  Addiction can also cause problems with finances, relationships, employment and the law.

Why Some Drug Users Become Addicted to Drugs

Like any condition or disease, some people are more vulnerable to drug addiction than others.  Certain factors can increase an individual’s risk of becoming addicted to drugs. These risk factors may include genetic predisposition, co-occurring mental health disorders, family relationships and social environments.  The following factors can increase the risk of an individual becoming addicted to drugs even with casual drug use:

How Drug Addiction Affects the Brain

The National Institute on Drug Abuse reports that drug addiction is a serious disease that is treatable.  The use of drugs has physical effects on the brain and can actually alter the manner in which the brain functions.  Prolonged drug abuse can have the following impact on the brain: