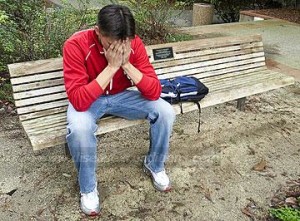 Drug addiction symptoms can cause your life to become overwhelming.

In most cases, drug addiction begins with the drug being used either casually or socially with friends or peers.  Over time, the drug use becomes habit forming and the user will begin to do drugs more and more often.  Recognizing the symptoms of drug addiction begins with understanding that drug addiction is the result of a tolerance that is built from extended drug abuse. As time goes on, more and more of the drug is necessary to produce the same effects and when the addicted individual stops using the drug, there’s a chance that the cravings to continue using will become so intense that the person will feel physically ill.  This is known as withdrawal.

In teenagers, the symptoms of drug addiction may be slightly different than what is commonly noticed in adults who are addicted to drugs.  Because teens live a different lifestyle than the average adult, the symptoms of teenage drug addiction can be somewhat different.  It may be difficult to distinguish between normal teenage mood swings or tantrums and actual addiction to drugs, but here are some symptoms to watch out for: